All your business data in one place

Sync, store, and access your data from over 40+ data sources with Panoply. Get unlimited access free for 14 days.

What is data integration?

Your Campaign Monitor data is valuable, but it's way more valuable when it can be analyzed alongside data from other sources to create a whole picture of your business. Data integration allows you to see all the inputs and outputs of your business side by side: the cost with the benefit, and the what with the why.

Without the right tools, your data integration efforts can quickly turn into a mess of partially merged spreadsheets that are out of data almost as soon as analysts get their hands on them. With a data warehouse, data integration gets significantly easier. Instead of constantly scrambling to keep your data merged and up-to-date across your organization, you’ll have all your data in one place with a consistent format, creating an always-up-to-date, single source of truth for business intelligence and other analytical applications.

Benefits of a data warehouse

Data warehouses are purpose-built for providing access to data: Data is stored in the cloud and regularly synced, so there is no need to bother with frequent CSV downloads or worry about API limits or excessive demand on an application.

With a data warehouse, All your data is stored in pre-processed tables, ready for integrated analysis with SQL or other BI tools. You own your data. No need to worry about losing data when changing vendors or APIs are deprecated. What you collect, you keep. Compared to the mess created by relying on separate operational systems like application databases, CRMs, file systems, or ecommerce platforms, choosing a data warehouse should be a no brainer.

If the idea of designing, building and maintaining a data warehouse sounds too complex, don’t worry. Panoply is a data warehouse as a service, so there’s no need to manage complex infrastructure or build out a data engineering team to realize the benefits of a data warehouse.

With Panoply, your data will be optimized for analysis—data is automatically structured for analytics, and our system is optimized for reading it quickly and efficiently. Our suite of 80+ integrations lets you connect almost any BI tool or data source to a single data warehouse, meaning you’ll get the same results across all tools. Panoply data warehouses allow for unlimited users and queries, with secure but agile data access management that let you control who can access data at the individual table level. In short, there’s no easier way for your team to access your {data source} data and integrate it with other business data and analytical tools.

Here’s a sample of the Campaign Monitor data that you can sync, store, and access with Panoply:

Campaign Bounces
Information about subscribers who bounced for a campaign, including type of bounce (hard or soft).

Campaign Clicks
Data on the subscribers who clicked a link in your email campaign including the data/time and IP address from which they clicked the link.

Campaign Opens
Information about subscribers who opened an email in your campaign, including the date and time and the IP address of the open.

Campaign Recipients
Information about the subscribers a campaign was sent to, including their email address and list memberships.

Campaign Spam Complaints
Data on subscribers who marked a campaign as spam.

Campaign Summary
Aggregate data about the results of any sent campaign, including the number of recipients, opens, clicks, and unsubscribes to date.

Campaign Unsubscribes
Data on the subscribers who unsubscribed from a given campaign's email.

Campaigns
Data about the campaigns in your Campaign Monitor account.

List Deleted Subscribers
Info on deleted subscribers for a given list, including email address, name, data deleted, and any custom field data.

List Details
Summary information about the subscriber lists in your Campaign Monitor account, including name, ID, type of list (e.g., single or confirmed opt-in), any custom unsubscribe and confirmation URLs, and the list's unsubscribe setting.

List Unconfirmed Subscribers
Info about subscribers who have subscribed to a particular confirmed opt-in list but have not completed confirmation.

List Unsubscribed Subscribers
All unsubscribed subscribers for a given list, including email address, name, date unsubscribed, and any custom field data.

Lists
Summary info about all the lists in your Campaign Monitor account.
Go to documentation 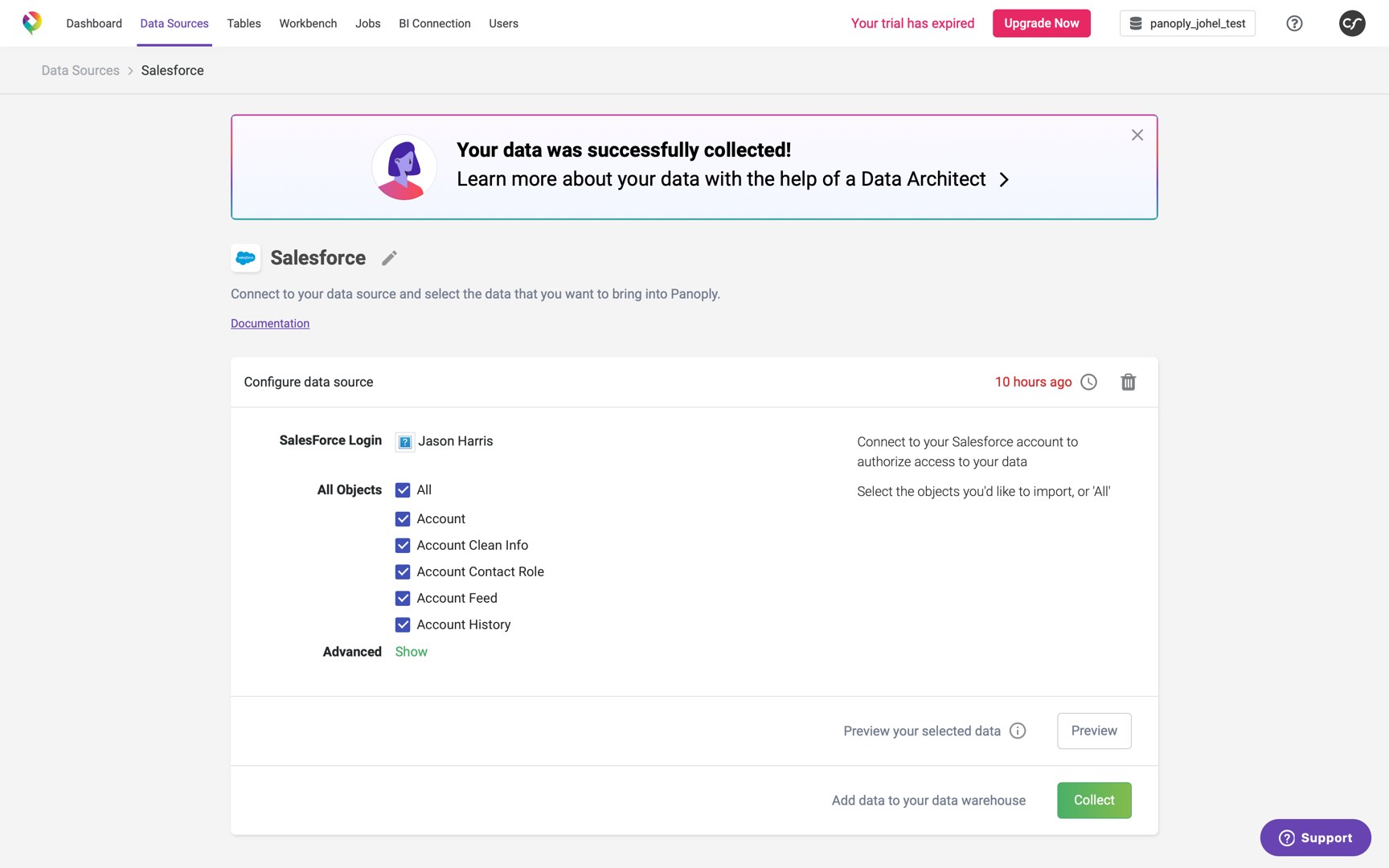 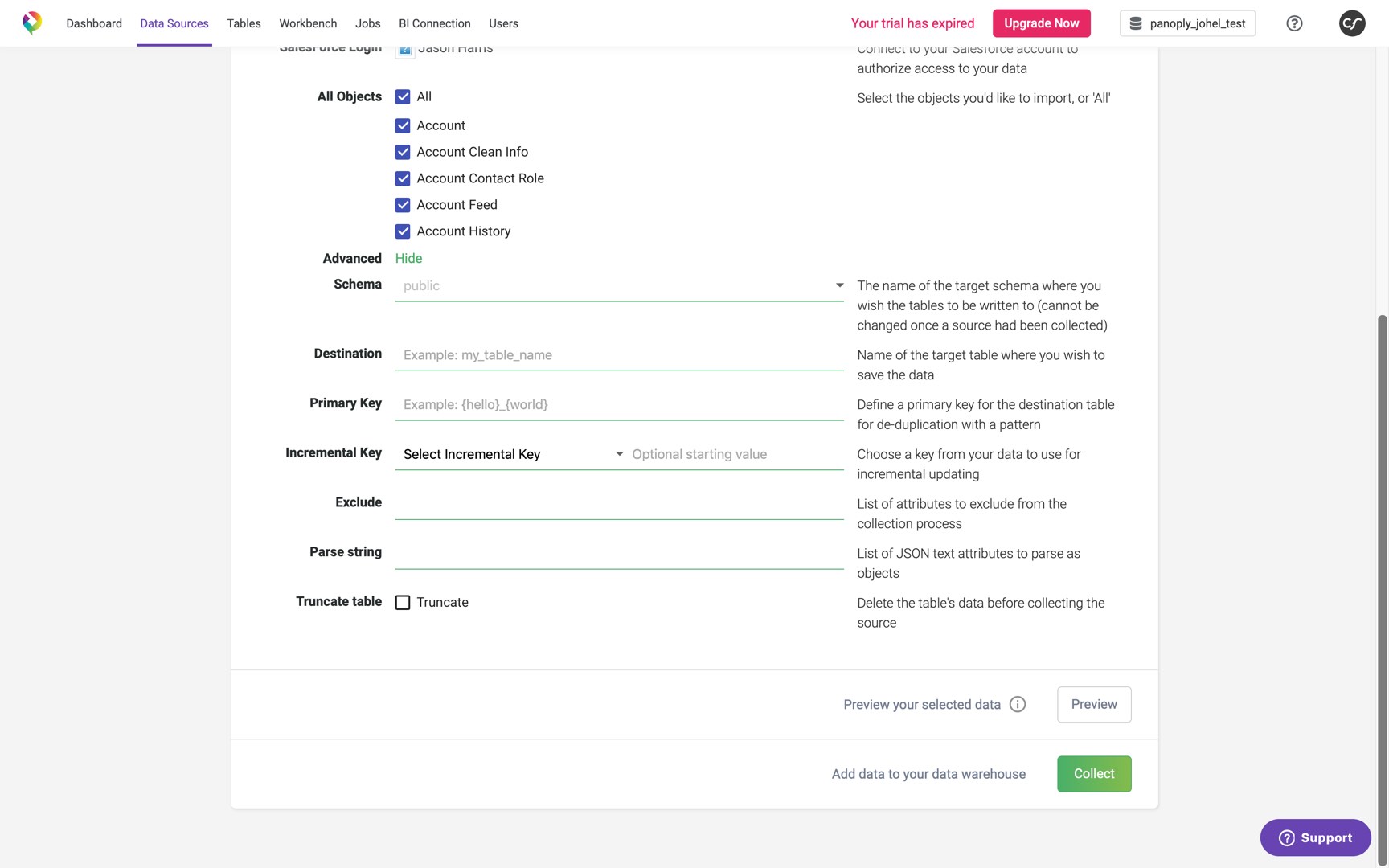 “ It just works and it's smart. Panoply solves all of the admin headaches and gives my clients a performant and easy-to-use data warehouse.
Aron Clymer - Dataclymer

Connect Your Data for Free

Sync and store your data free for 14 days